Showing posts from January, 2018
Show all

At long last the next release of SmartSDR 2.x is here.

As you may remember, Flex had released SmartSDR 2.0 in Summer 2017. This made the Flex-6000 series the first ever amateur radio transceiver platform that can become an internet remote base out of the box. Other systems have had remote capability but Flex was the first to do it without having to add firewall rules (for most people) and incorporated modern technologies like social login and multi factor authentication (MFA) for enhanced security. The backend for authentication is powered by Auth0, one of the leaders in the industry.

SmartSDR 2.1 is the next incremental update, and is mostly designed with new hardware in mind. That said, I don't have one of the new radios, but I do have my 6700, and for us with the previous generation of radios, we have inherited the new features that are non-hardware dependent. This includes visual enhancements like shaded panadapters and tuning guides. It also inc…
7 comments
Read more

I found it somewhat surprising, since President Rick Roderick, K5UR recently dug in his heels when it came to league governance, citing a "misinformation campaign" which was really nothing more than members becoming rightly concerned about the move toward less transparency and the dilution of their vote.

Gallagher has often been subject to much criticism, and many have cited his leadership as part of the reason that the league is in such turmoil with membership lately. I am trying to keep neutral on this, and personally I do not know if he was directly responsible, but it would seem to me that all of these new moves toward reshaping the league started on his watch. So this is either a great coincidence or he is the one responsible.

Personally I don't care who is responsible, except for possibly removing bad actors from office in order put the brakes on any detrimental changes. That s…
2 comments
Read more 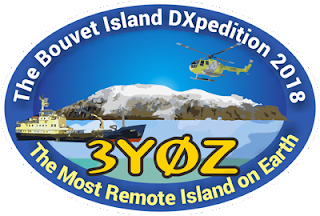 The biggest DXpedition of the year (unless someone can somehow convince P5 to issue a license) is about to get underway. Yep, that's the 2018 Bouvet island DXpedition. Over a decade in planning, it is about to become reality, and sure to make many happy - and frustrated - when they make or don't make a contact. But that's just how DX goes.

Surprisingly, I don't need Bouvet as an all time new one, since I worked Petrus, 3Y0E in 2008. One of the few to do so, as he was pretty weak. In fact, in Northern NJ nobody heard him for weeks until there was a magic opening. However, a combination of hilltop location and a MonstIR antenna helped me bag that one pretty easily. However I am appreciative for bandfills, and I hope I can work them on every band that I can.

Anyway, my friends are off to Bouvet - and on this team you will find some of the best operators in the world. You'll also find that they are using Flex-6000 radios, on bands from 160 through 2 meters EME, along w…
Post a Comment
Read more 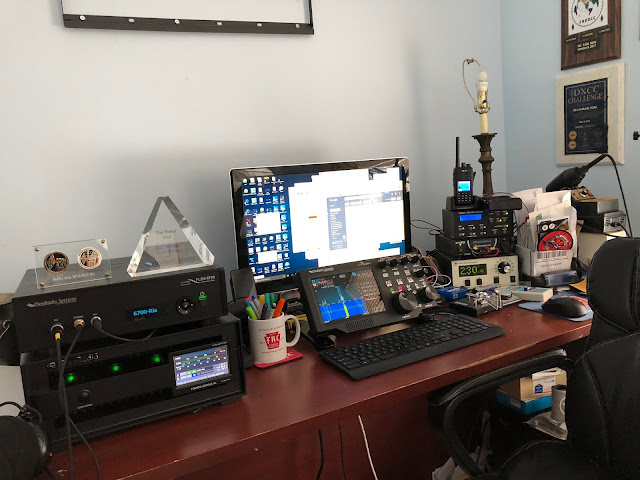 As with all things, sometimes you have to reinvent yourself.

So, as of today, this blog will be known as "Ria's Shack." I've been contemplating this change for a long time now, and much of it has to do with my plans for other amateur radio ventures to help every one of you become better at our esteemed hobby. This especially includes my YouTube channel which I plan to add more meaningful content to.

So, here's to the new and improved blog - henceforth known as "Ria's Shack" 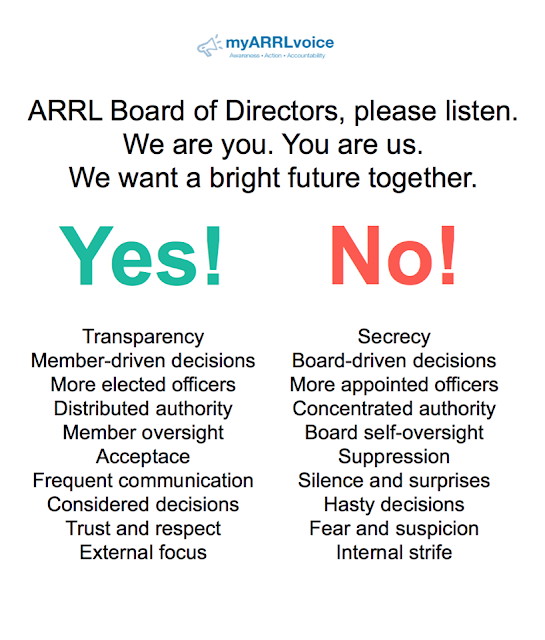 Are you concerned about the direction of the ARRL? This has been on the minds of a lot of US radio amateurs lately. DX hams I am sure are a bit worried as well, since ARRL tends to influence DX, radiosport and awards programs worldwide. Take some time  to visit and make your voice heard.

We are actively discussing plans, next steps and activism. But they need you, the ARRL member, and also just radio amateurs in general to step up and make your voice heard.

By the way, you ALSO need to make your voice heard to your director! myARRLvoice has put together this handy graphic. How about e-mailing this to your division director, along with some words of your own? Or how about discussing this with them in person? You voted for them, they should be listening to YOU. I will be doing a more comprehensive post about this, but for now, here is this. 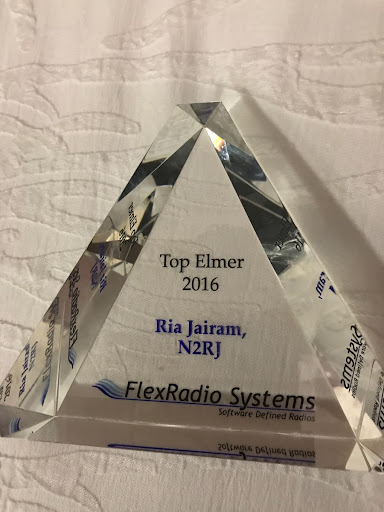 2017 by far has been a banner year for me in Amateur Radio. Here are some of the highlights.

FlexRadio  It's no secret that I'm 100% a FlexRadio fan. This is not without good reason. Ever since I learned about amateur radio I have dreamed about a radio with the capabilities that they have made a reality. As such I have spent a lot of time on their community forum and privately advising their users and prospective users about capabilities of the radio and ecosystem. I have also helped many users get on their radios remotely, not just with the new SmartLink capability in SmartSDR 2.0, but also with VPN access using Raspberry Pi. Flex decided to honor me with one of their customer awards which brings me immense pride, and has earned a prime spot in my shack.

Did I just use the word ecosystem? You typically hear that about Apple, Google and other companies that make computers and electronic gadgets. Well, in this case it is true about FlexRadio. They are really growing their opera…
Post a Comment
Read more
More posts